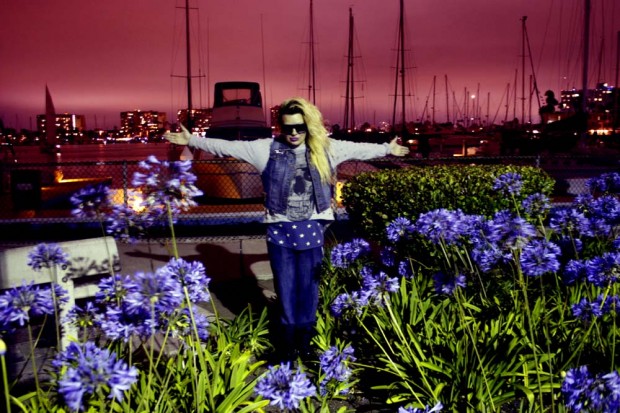 Karol has always needed an artistic outlet, she started drawing and painting as well as writing poetry at a very early age as well as designing her own clothes and making things from scratch, her mother was a seamstress and always told her if she wanted a clothing item she had to create it herself, always obsessed with street culture and magazines, she made collages of fashion and art. She took some art classes throughout high school, learning shading, light perception and dimension, yet she always wanted more. She took on photography making her own colorful  visions that became a living breathing piece of art…she  came to the conclusion that all her talents would mesh and come alive. Daydreaming her concepts and making them reality, she does everything from direction, styling, designing, as well as hair and make up for most of her photography projects. Karol had 8 art shows alone last few years and 5 shows with just her paintings. Now she has taken her photography and Art Concept skills to another level and building her portfolio. In high demand in the underground scene from art shows to Photoshoots. She loves to expand her mind by never conforming to the norm she always takes on tasks that emphasize her culture and roots.

On the music tip… BFLY was in a dance crew and has been in the LA underground house scene since 1992, raised in South Central LA, she went to Compton high her senior year, and that shifted her entire experience by meeting people that threw parties and booked djs. She started collecting records by 1996, her first record being Ron Carroll Lucky Star…She bought her turntables from her good friend Brian Epstein from Deep Funk by 2002/2003… She has been collecting music digitally since then too. Her style is underground house, she loves Tribal, Jackin, Tech and G house! BFLY has her hands on a spectrum of arts including painting, photography, graphic art,make up, hair and styling as well as owning her own jewelry business. She started her own online magazine in 2016 to showcase different artists and musicians.

Her passion and love for the music and culture create a unique energy when she plays.